Launch Stingray into a Virtual Private Cloud with 1 click

Amazon's virtual private cloud infrastructure is now the default networking option for multi-tier applications in the AWS cloud. It enables the provisioning of a logically isolated section of the AWS cloud where you can launch resources in a virtual network that you define. You have control over your virtual networking environment, including selection of your own IP address ranges, creation of subnets and configuration of route tables and network gateways.

Riverbed has provided support for Stingray deployments into a VPC since release 9.2. However up until now launching instances into a VPC has required knowledge of the AWS console or the AWS APIs. As of January 13 2014, users who prefer the ease of "1-Click launch" have the ability to launch instances directly into a VPC from the AWS Marketplace.

Riverbed and Amazon used AWS CloudFormation technology to implement this feature. After a user selects the AMI from the AWS Marketplace choices are made for:

For VPC settings the user is presented with a popup: 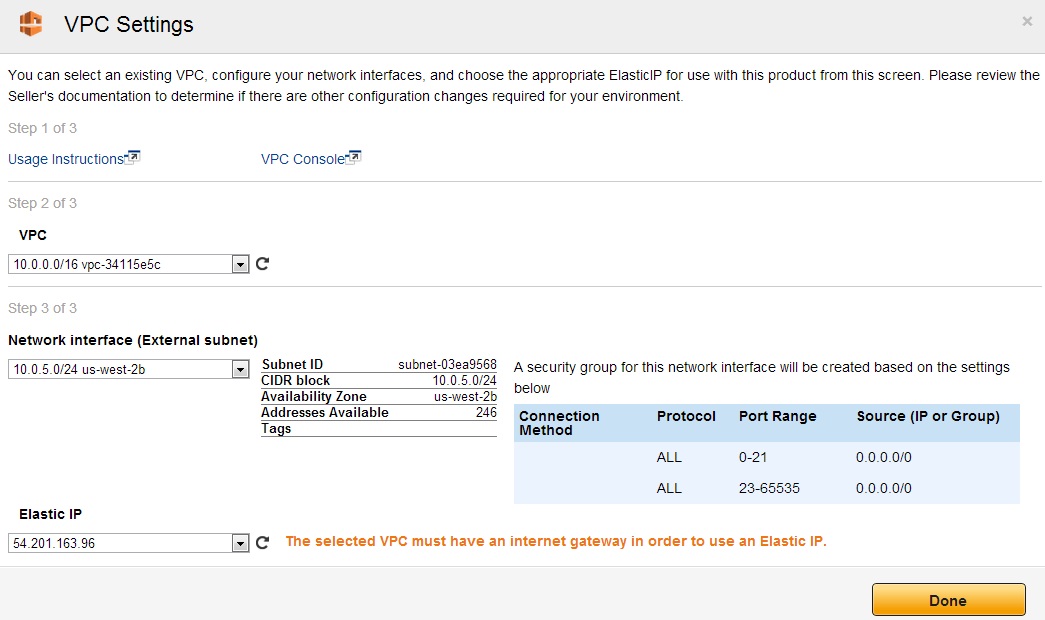 Note that the VPC into which the instance will be launched must exist; one cannot be created from this page.

The CloudFormation template can be viewed if desired. Once these details have been provided, the user clicks "Launch with 1-Click" and the instance launch commences: 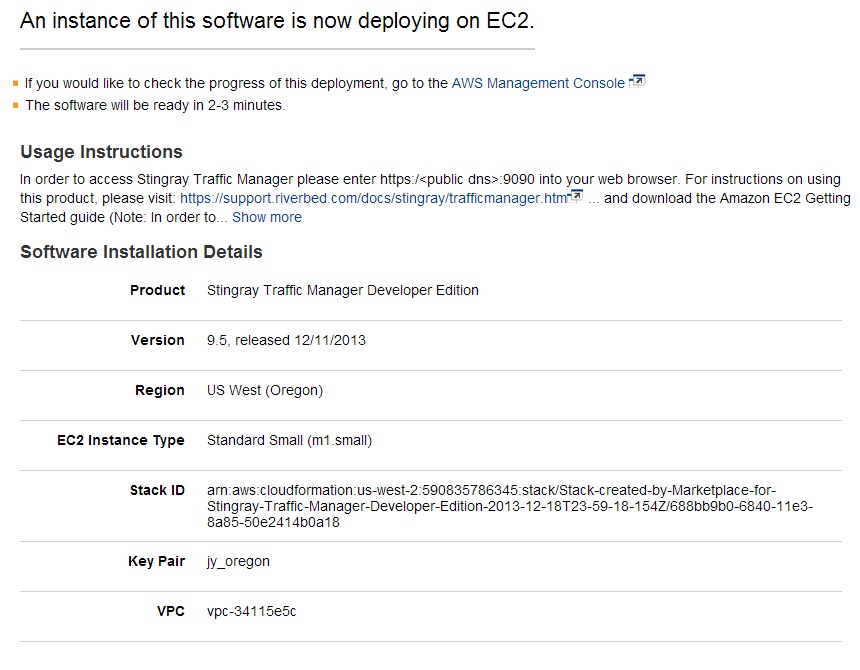